Status
Not open for further replies.

Application
Handler Information
Name: Jerald Logan
Email Address: jeraldloganjr@gmail.com
Best Way to Contact You: (Forum PM/AIM/Facebook/Email/other) Email, FB messenger, Skype, it doesn’t really matter.
eWrestling Experience: CSWA, SCW, HEW (as President), been around the scene for a while I know a lot of guys here and around the forums.

Gimmick: A mysterious and masked man with a temper. Emerging in the Japanese scene about four years ago little is known of the strong style competitor, other than he is not Japanese. Clearly a caucasian man with some technical background and some potentially manic tendencies.
Wrestling Style: Technically proficient and works strong. He has some heel tendencies and will not hesitate to cheat, run and or show a mean streak.

Three Weaknesses:
Temper: His temper can easily get the best of him causing DQ’s or a lapse in judgement leaving an opening for his opponent.
ADD: Short attention span, prone to mini-manic episodes losing all track of when and where he is, although these are usually met with violence.
Mystery: All too invested in his anonymity.

Three Strengths:
Cunning/Devious: Never hesitant to cheat and normally can get away with it.
Wrestling Ability: Clearly influenced by Puroresu and Lucha Libre.
Athleticism: Although his age is unknown he appears to be at the peak of career and in great physical shape.

The light plucking chords quickly give way to the hard guitar just before the lightening like kicks and snares rattle across the PA system like a machine gun as the lights flash and strobe with the rhythm. Midorikawa slowly appears from the backstage area and centers himself on the entrance ramp. His head down and his eyes focused on the metal grating below him.

As the full track kicks in he manically snaps his head up and jerks his face from left to right, and randomly slight up or slightly down. His shoulder twitches slightly as the vocals begin. As if the song has reminded him where he is.

He begins his slow march down to the ring, ignoring any fan fare, negative or otherwise.

The song hits the chorus and it’s speed metal drumming as he flings himself into the ring, pulling and bouncing off of ropes in preparation. Shuddering and twitching in latent psychosis. Eventually slowing down and slumping down into the corner of the ring gripping the back of his mask.

1. You put the micro template in the app, which means you've already thought about this, which means staff (read: me) won't have to chase you to go and do this later on.
2. He's a caucasian man from the Japanese scene? Could he be Jung Dragon Jamie Noble? thinkingemoji.png
3. The writing samples, while dated, are decent and you're willing to matchwrite.

1. Top post in the applications forum says we're in need of babyfaces and you've applied with a heel.

Would still be willing to give you a "YES" vote because Reaper Justin and Brian are good dudes and they've said you're a good dude too, and the app is solid otherwise, but adding another heel won't solve our babyface need.
J

Yeah, so I've heard. I'm down for posing as a baby face for a little while. But, I will need some flexibility later on down the line if I get in.

And I should have warned Jerald about the lack of faces, I completely forgot.

jeraldisdope said:
Yeah, so I've heard. I'm down for posing as a baby face for a little while. But, I will need some flexibility later on down the line if I get in.
Click to expand...

I'm gonna go with a yes on this as well.

I will send you to the bin. 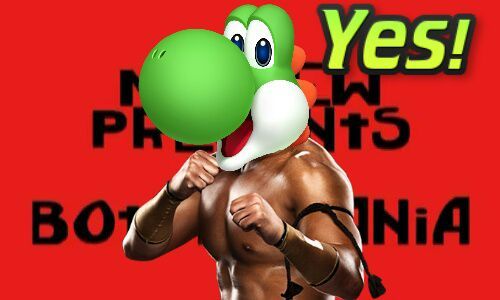 I say yes, Lindz touched on all the subjects I was going to. Damn.
J

Yaooowa... What up, Pete? It would have been a little awkward if I got voted off the island. I'd be thinking damn yall are some savages lol.

You've got the votes required for admittance so welcome aboard. We'll get you access to the booking forum and go from there.

Status
Not open for further replies.